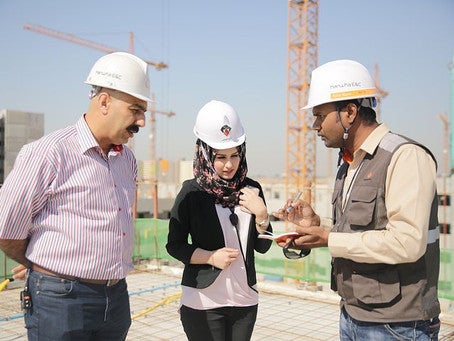 Why does is this American motto spark controversy around U.S. immigration practices?

To understand why, it is important to explore the roots of this motto and why it became so popular. More specifically, as the world continues to transition into a global economy, people are witnessing U.S. corporations outsource beyond U.S. borders to find cheap labor.

These cost-cutting strategies that have left many U.S. citizens without a job, have naturally sparked unrest back at home. As normal, everyday U.S. citizens watch as domestic warehouses are replaced by factories overseas, the average blue-collar American develops anti-immigrant sentiments.

These anti-immigration sentiments continue to develop as these blue-collar Americans associate job-loss with immigrants. More specifically, these individuals often resent illegal immigrants because they believe that these aliens are disrupting the job market.

Whether or not these sentiments are entirely accurate, President Donald Trump was able to capture the average American's needs. His motto of “buy American and hire American” was a platform that promised to prioritize the needs of Americans.

How does this ultimately affect U.S. immigration?

President Donald Trump has promised to address these immigration sentiments by cracking down on illegal immigrants. On the USCIS website, it explicitly outlines the new and improved fraud detection programs aimed at illegal aliens.

With these new forms of regulation, USCIS is trying to make civilian fraud reports easier and more accessible to the general public. With improved detection methods, USCIS is hoping to crack down on illegal immigrants working in the United States. Again, these new programs circle back to President Trump's mission of hiring Americans first.

These recent events only emphasize the importance of following the correct legal procedures outlined by USCIS. As President Trump continues to prioritize American citizens first, prospective immigrants who want to succeed must adapt to these changes.

America has made its position very clear: zero tolerance for illegal aliens. That being said, USCIS continues to welcome legal immigrants—immigrants who have gone through the legal procedures to get to America.

With new travel bans and waivers implemented at random, consulting an immigration lawyer would be highly advised. The right legal counsel will guide you through the application process and ensure that you all the latest information to create the most compelling case.

For those who know of an illegal immigrant currently working, the importance of seeking immediate legal counsel cannot be understated. There are many options ranging from work permits to green card applications that an immigration lawyer can provide.