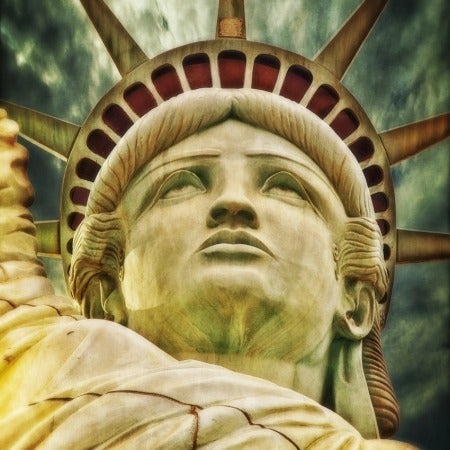 Applicants who have abandoned their green card, also known as lawful permanent resident status, are unable to apply for naturalization. The applicant must maintain their lawful resident status throughout the process of naturalization; therefore, it is the goal of obtaining lawful citizenship is not longer applicable to those who abandon their green card. The USCIC may investigate further into any relevant signs of abandonment to one's green card in order to evaluate if the applicant is eligible for naturalization.

Abandonment of green card may occur when the applicant shows that their intent of residing in the United States is no longer, after arriving to the United States. In cases where the green card is abandoned by a parent, the child is then attributed for the actions of his or her parent.

If the applicant fails to meet the residence requirements of naturalization by failing to establish that he or she was admitted for permanent residence lawfully during reentry to the US, they are ineligible for naturalization.

The factors that the USCIS consider when determining whether or not it was the applicant's intent to abandon their green card or lawful permanent resident status includes:

A Form I-407, also known as a Record of Abandonment of Lawful Permanent Resident Status, may be completed if the green card holder has been determined for abandonment and seeks naturalization.

The USCIC typically denies their application of naturalization and places the individual in immigration proceedings.

You may still be able apply for entry visas in order to visit the United States for short trips, however you will be unable to obtain your old green card. You will still be able to apply for a new green card despite the record of abandoning your previous one.

Extended overseas travel is one of the main reasons of abandonment, you must convince your consulate officer that the reason was valid and that you are deserving of the reentry visa for residents.

You must file a form SB-1, also known as A Returning Resident Immigrant Visa.  If the application is approved, you will be issues a new I-551 which will allow you to travel without having to file a new green card petition back to the United States. You must also submit a DS-260 along with standard application fees and medical records.

Seek help from our office to avoid the loss of status due to inability to articulate their abandonment of green card. Attorney Ramona Kennedy will be able to help provide the proper evidence and assist with your application process.