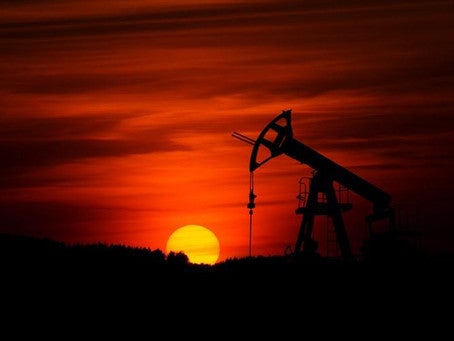 Just recently on September of 2019, OFAC released its official warning to all business, organizations, and people involved in the maritime petroleum trade—specifically with Iran.

These warning tie into OFAC's overarching mission of creating sanctions beneficial to the United States. Trade policies and sanctions are both influence by international politics, governance, and national security.

As outlined in the OFAC's letter, OFAC is issuing this advisory to alert persons globally to the significant U.S. sanctions risks for parties involved in shipping petroleum or petroleum products from Iran after the expiration of any applicable significant reduction exceptions on May 2, 2019.

In other words, OFAC is making a clear declaration that the risks of violating U.S. sanctions should not be ignored.

OFAC has made its intentions clear, and they are actively pursuing people that are illegally involved in Iran's petroleum industry. OFAC sanctions have been set in place and need to be respected by everyone involved.

The United States government cites national security and counter-terrorism protocols to justify their aggressive enforcement of petroleum sanctions in Iran.

By sanctioning Iran's oil trade with the United States, the U.S. hopes to cut off a major source of Iran's wealth. The ultimate goal is so Iran cannot sponsor future terrorist activities and advance its ballistic missile program.

OFAC has outlined that they will be targeting private and public sector entities around the world that are engaged in sanctionable conduct.

In other words, the people targeted will not just be top executives and leaders of large companies. OFAC has made it clear that they will pursue anyone that is involved in procuring petroleum and petroleum products from Iran to Syria, China, and elsewhere.

In addition to the specific countries sanctioned, OFAC has also declared that they will be pursuing malign and deceptive shipping practices. These practices include:

Complete and accurate shipping manifest are critical to ensuring all parties to a transaction understand the parties, goods, and vessels involved in a given shipment. In an effort to deceive, shipping companies have been known to falsify vessel and cargo papers to obscure the origin/destination of petroleum shipments

STS transfers occur when cargo from one ship is transferred to another while at sea rather than while located in port. This method is used by some to conceal the origin or destination of cargo.

AIS is a collision avoidance system, which transmits a vessel's identification. While AIS was not specifically designed for vessel tracking, it is often used for this purpose via terrestrial and satellite receivers feeding this information to commercial ship tracking services. Ships have been known to disable the device in an effort to conceal their true location.

Name changes are often done by the owners of vessels who have engaged in illicit activities. For this reason, it is essential to research a vessel not only by name, but also by its International Maritime Organization (IMO) number.

These sanctions set by OFAC are ultimately important laws that are designed to benefit the United States. For individuals affected by these recent maritime advisories, it is best to respect the sanctions and work around them.

If you know anyone that may be involved in the petroleum industry outlined by OFAC, it is best to seek legal counsel immediately. This special advisory OFAC has made to the petroleum shipping community should not be taken lightly.