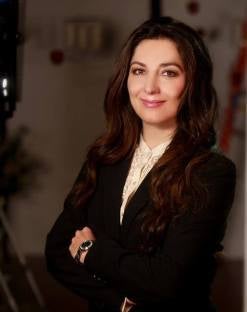 A vivid reader, attorney Kennedy was inspired by her father who passionately attributed to her academic & personal growth. Her Father was a very kind, highly intelligent, disciplined & dedicated family man in uniform--high rank AIR FORCE officer--who believed we have to change the world for better.

In a school survey about "What Do you Want to become When you Grow up" then 4 year-old Ramona wrote "I want to become a Spacewoman". Her father's reaction to the statement was one short sentence "No, You Are a Writer".

Having exceptional science & math background at the national level Attorney Ramona Kennedy got admitted into Medical School & spent 6 years in Medical School, only to learn that she wants to attend Law School instead. She finished Law School & passed California Bar to once prove to what her father had recognized as her abilities: "she is a writer". When attorney Kennedy was sworn-in by a kind-hearted judge in "Orange County Superior Court" of California, her father had already been killed in a car accident.  Nonetheless his statement was unequivocally proven.

Attorney Ramona Kennedy is a dedicated lawyer who cares about her clients & will fight for you. For Ms. kennedy being an advocate to help others is both a deep passion & profession.​​

Whether it is interpreting laws, regulations and rulings for individuals and businesses, or advising and representing clients in private legal matters, before government agencies or in

She does not overtake a case unless she is confident she has covered all the details & has mapped a reasonably foreseeable legal solution towards solving it.​

An attorney not only solves legal problems but can help to prevent problems from even coming into appearance. While most people look for attorneys when problems arise, it is advised to have a lawyer to provide you with all the legal needs you have.​

Besides strong bonds she has developed with her father as her mentor, life coach, friend, leader & role model attorney Ramona Kennedy has been influenced by Attorney Gerry Spence's teachings, trial skills, philosophy & compassion for Clients. She practices excellent judgment in assessing solutions to complex cases. Being a lawyer is a compassionate profession for attorney Ramona Kennedy to give back what she has been blessed to receive.

“Gerald (Gerry) Leonard Spence (born January 8, 1929) is a semi-retired American trial lawyer. He is a member of the American Trial Lawyers Hall of Fame. Spence has never lost a criminal case either as a prosecutor or a defense attorney, and has not lost a civil case since 1969, from Wikipedia”

“That is why, in the course of human history, truth-telling has been designated as the highest of virtues in every culture, and why the credibility that results therefrom is always so powerful.”
― Gerry Spence, How to Argue and Win Every Time: At Home, At Work, In Court, Everywhere, Every Day