The Two Different Ways to Obtain Asylum in the United States: Affirmative and Defensive Asylum 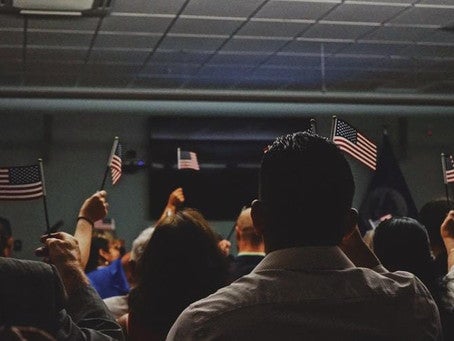 In the field of immigration law, “asylum status” refers to someone who has been granted protection because he or she suffers from persecution. There are specific activities or characteristics that USCIS deems as persecution, so if one is unsure, they should read previous blogs that go into greater detail.

Now that one has established that he or she is deserving of asylum status, the next step is to file your application to the USCIS. Upon receiving your application, USCIS will then categorize each application as an affirmative or defensive process.

Affirmative and defensive processes are different and need to be understood because of the different actions each process will require.

An affirmative asylum application is for applicants who are physically present in the United States and not currently placed in removal proceeding with an immigration judge. These affirmative applicants will file different forms, undergo non-adversarial interviews with consular officers, and must provide a qualified interpreter to the interview (if needed).

Because these applicants are often facing removal from the United States for various reasons, some people will apply for asylum status as an effort to stay. Naturally, USCIS will look into defensive applications more thoroughly because they want to make sure the individuals are not seeking U.S. residency for ulterior motives.

One of the main differences between defensive and affirmative applications is the interviews. As stated on the USCIS website, defensive applicants will have to face an immigration judge and Executive Office for Immigration Review (EOIR).

This process is much more adversarial, where the judge will use interrogation methods to learn more about the individual. The judges and reviewers will use these methods to make sure that the asylum status and fear of persecution is well-founded and legitimate.

For defensive applicants, it is highly advised that they seek experienced legal counsel that specialize in immigration. The right legal team can help prepare an applicant for their big day when they have to go to court and face the immigration judge.

Entering into court without the right immigration lawyer can really hurt your case. When applicants have to be interviewed and questioned in court, many people will get nervous and make statements they do not intend to make. The right legal team will help prepare you for your interviews and make sure you highlight all the points you want to make.

Ultimately, the asylum status granted to thousands of people each year is a crucial process in United States immigration. This program for citizenship saves countless families and children from persecution in their home countries.

However, the asylum process is still very complicated and complex with many rules that interested applicants must still follow. Additionally, cases involving persecution and asylees are often time sensitive.

Any mistake in one's application can cause months of delay and major setbacks. It is best to just find the right legal help and correctly complete the application the first time.